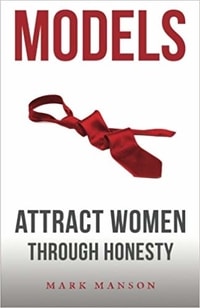 Related: Mark Manson's blog, The Subtle Art of Not Giving a F*ck, The Truth

In typical Mark Manson (who is known for The Subtle Art of Not Giving a F*ck), this is a no-BS guidebook for men on dating.

More actionable than something like The Art of Seduction and less manipulative than The Game, I’d recommend for anyone looking to up their attractiveness and success with women without resorting to weird techniques or essentially becoming an actor.

One of the most applicable books I’ve read on love and dating.

Chapter 3: The Gift of Truth

Strategies for Each Category

It’s Usually Not About You

Chapter 9: What Are Your Stories?

Chapter 10: How to Overcome Anxiety

Chapter 12: How to Improve Your Flirting