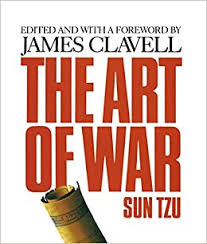 The Art of War by Sun Tzu: Summary & Notes

A timeless book about the strategy of war. Many of the core principles apply beyond war to business and life in general.

The only knock is that much of the strategy is specific to warfare, while more modern books like 33 Strategies of War have broader applicability to modern life.

That said, you will always find new wisdom each time you re-read this book.

Thus we may know that there are five essentials for victory:

If you know the enemy and you know yourself, you need not fear the result of a hundred battles.

IX - The Army on the March

XIII - The Use of Spies